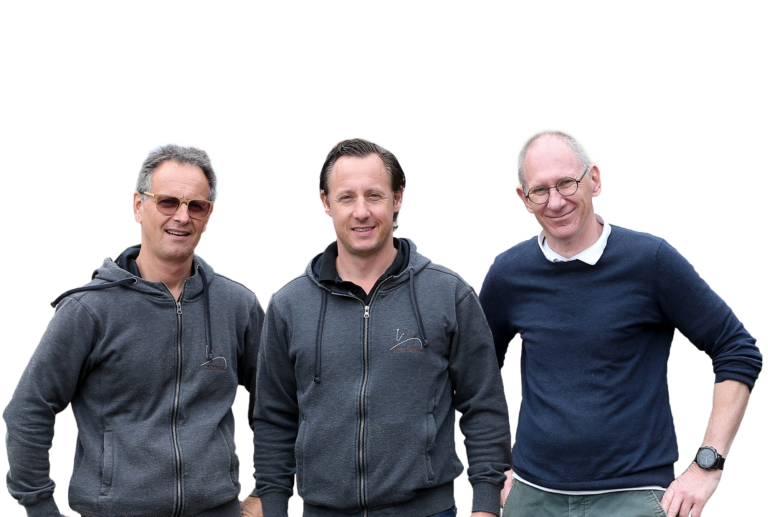 Modern medicine in a historic setting

The name Tillysburg is steeped in history. The eponymous castle in the Upper Austrian town of Sankt Florian dates back to the 17th century and remains an iconic local landmark to this day.
It was built on the orders of Johann Tserclaes, Count of Tilly, who was a field marshal in the Thirty Years’ War. The castle grounds include Mayrhof, an agricultural holding that enjoys excellent transport links thanks to its proximity to the autobahn. The holding is also the site of Pferdeklinik Tillysburg, the largest private equine hospital in Austria.
As well as sharing a common goal, the current tenants of Mayrhof are partners in the truest sense of the word. “In truth, I just wanted to be a vet,” laughs Dr Christian Franz. “But now, I do everything. Sometimes I perform surgery, sometimes I deal with the paperwork – or clean out the gutters… You can only manage this kind of workload if you get on well with your partners and you share the load together.” More than partners, Franz and his colleagues are friends, which in turn creates a positive working atmosphere in Tillysburg. The three partners are supported by four assistant vets, seven veterinary assistants and two secretaries. The medical staff also do their share of stable work, which means the patients are always monitored as closely as possible.

Christian Franz is the son of a vet. Born and raised in Naumburg, the cathedral city on the River Saale, Franz took an interest in horses from the age of 11. After starting out in show jumping and dressage, he later became an active hunt rider. He is married to a vet and has three adult children. Christian Franz studied in Leipzig and worked as a stud vet on Paul Schockemöhle’s Lewitz Stud in Mecklenburg-Western Pomerania before moving to a clinic in Vienna. He became a partner in Pferdeklinik Tillysburg in 1998 and passed the examination to become an equine veterinary specialist in 2000. In the same year, the International Federation for Equestrian Sports called upon Franz to work at the CHIO Aachen, the
most prestigious horse show in Germany, for the first time. An Austrian by choice, Franz was called to serve again at the 2006 and 2015 European Championships.

Matthias Koller is also the son of a vet and, like Franz, his career has also followed a linear trajectory. He started by taking on his father’s practice and caring for cattle, pigs and small animals. During a spell as a vet in the Austrian Armed Forces while completing his national service, he was responsible for the officers’ training horses – and has worked with horses ever since. He was a co-founder of Irnharting Veterinary Hospital, which merged with Pferdeklinik Tillysburg in 2014. While Christian Franz specialises in orthopaedics and surgery, Matthias Koller’s colleagues have dubbed him “a walking encyclopaedia of internal medicine”. Koller also specialises in colic surgery, ophthalmology and dentistry and has developed his expertise in these fields though numerous training courses in the USA, England, Germany and Sweden. A man with an excellent international reputation, Koller is a father of two – and, with his daughter now following in his footsteps, the family tradition is set to live on.

The third partner at Pferdeklinik Tillysburg is Wolfgang Himsl. Born in Upper Austria, he studied in Vienna and specialises in orthopaedics and surgery – and sports medicine, of course. Himsl is a Grand Prix-level dressage rider, after all. In 2018, he made it to the final of the 7-year-old dressage at the WBDCYH in the Dutch town of Ermelo with the Westphalian stallion Valparaiso. Married with two children, Himsl started his career as an assistant vet at Horse Clinic Wolfesing in Bavaria before returning to the Salzburg region to establish his own equine practice. He became a partner at Irnharting Veterinary Hospital in 2011 and has been a partner at Tillysburg since the two clinics merged three years later. Of the three partners, Himsl spends the most time on the road, looking after sport stables as far away as Slovenia.

The clinic is based on two main pillars: emergency care and colic medicine on the one hand, and orthopaedic care and surgery on the other. Approximately 400 horses arrive at the clinic with signs of colic each year, of which 40 to 50 require surgery. The partners are guided by a clear credo: “We operate
on horses that have a chance of leading a dignified life. We do not wish to create patients who need long-term internal medical care.” The vets also see around 100 horses per year with eye conditions and a further 500 with dental problems.

Our services for you:

The examination and treatment area includes an operating theatre with two operating tables and
an adjacent preparation room, two pre-op and post-op holding stalls, a laboratory, three outpatient clinics, a pharmacy, storerooms and social areas. The buildings’ historic arches also house a library, offices and a room fitted with a projector for daily meetings to discuss current cases.

More than half of the horses treated at Tillysburg are sport horses, though the clinic also cares for all breeds of leisure horses. In addition, the clinic provides its services to the renowned Gut Aiderbichl sanctuary – a partnership treasured by the clinic’s staff. “It’s wonderful to work with people who
love horses, are truly dedicated and do great work,” says Dr Christian Franz. This view is shared by the entire Tillysburg team.

Box stalls for mares with foals

For procedures on standing horses

For procedures on lying horses 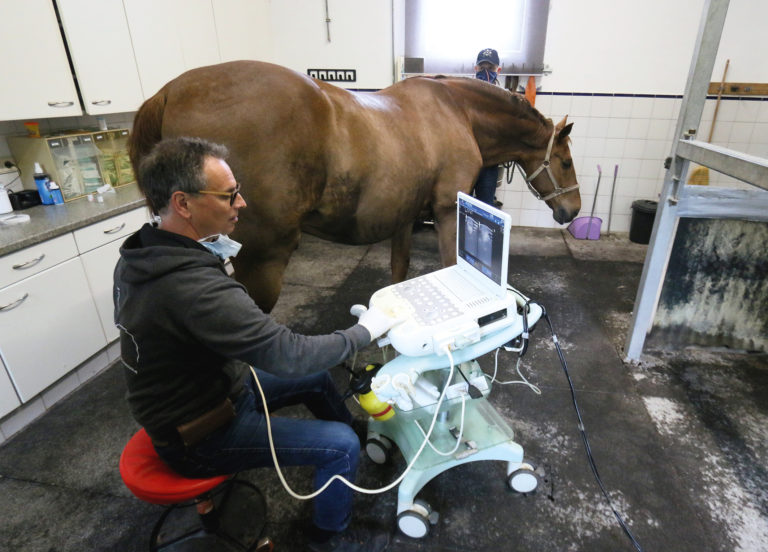 Equine soft tissue surgery primarily relates to abdominal/colic surgery and operations in the region of the urinary system, the sexual organs, and the upper and lower respiratory tracts, as well as operations on the skin.

Orthopaedic surgery is surgery on the musculoskeletal system of a horse. This includes operations relating to the bone skeleton, such as fracture fixation. It also includes endoscopic and arthroscopic procedures on joints, bursae and synovial sheaths, as well as operations on ligaments and tendons.

The field of orthopaedic diagnostics & therapy deals with musculoskeletal diseases and disorders, particularly relating to lameness.

Dentistry involves prophylactic examinations of teeth and the oral cavity as well as the diagnosis and treatment of dental diseases and associated diseases of the paranasal system.

The specialist field of internal medicine subsumes a number of subareas and deals with the diagnosis and treatment of diseases of the internal organs. These include diseases of the gastrointestinal tract, the respiratory system, the urinary system, the blood and blood-forming organs, the muscles, the nervous system and the skin, plus hormonal and metabolic disorders and all infectious diseases.

Cardiology is a separate specialty within the field of internal medicine and concerns the diagnosis and treatment of cardiovascular diseases and disorders, including cardiac arrhythmias, valve disorders, myocardial and pericardial disease and congenital cardiac malformations.

Intensive care and emergency medicine involves administering first aid in serious emergencies as well as providing care to and monitoring horses and foals with life-threatening illnesses. This also includes post-operative care to patients in need of intensive care.

The field of rehabilitation medicine is concentrated on recovery following surgical procedures, medical movement therapy to treat back pain and abnormal posture, and improving the quality of life of animals suffering from debilitating diseases such as arthritis or neurological impairments.

Ophthalmology deals with diseases and functional disorders of the eyes, their adnexa, and the optic nerve up to the visual cortex in the brain – the visual processing centre. Ophthalmologists also perform surgical procedures on eyes.

Reproductive medicine involves the diagnosis and treatment of diseases relating to the sexual organs and the udders as well as breeding suitability tests, assisted reproduction, pregnancy-related diagnostics and obstetrics.

The specialist field of anaesthesia is concerned with professionally sedating and anaesthetising horses and sparing them unnecessary pain. Thanks to state-of-the-art methods and gentle techniques, it is now possible to perform complicated surgical procedures and life-saving emergency operations on seriously injured or sick horses and to transport them safely.

Diagnostic imaging is the process of examining a horse using digital X-ray technology, ultrasound, computed tomography (CT), magnetic resonant imaging (MRI) and scintigraphy. Nowadays, many of these diagnostic techniques do not require general anaesthesia and can be performed on a standing horse.

Weighting of the specialist areas: range of services offered compared with the maximum service spectrum in the corresponding area.